Wow! It was really great to host the very first Open Access Week at University of Nigeria, Nsukka which was on 24th October, 2017. The event was organised by a group of Open Access Advocates ranging from Librarians, Pharmacists, Scientists and other lecturers who think that scholarship has come to a point where research data and related resources should be…

The future of open access is...discovery. Who's leading the way?

Selections from David A. Pendlebury's blog articles - 'Easing the Path to Access OA Content for Researchers – Part 1' and 'That was then but this is now… #OAWeek – Part 2'

David Pendlebury presents a look into the future of Open Access discovery, and… 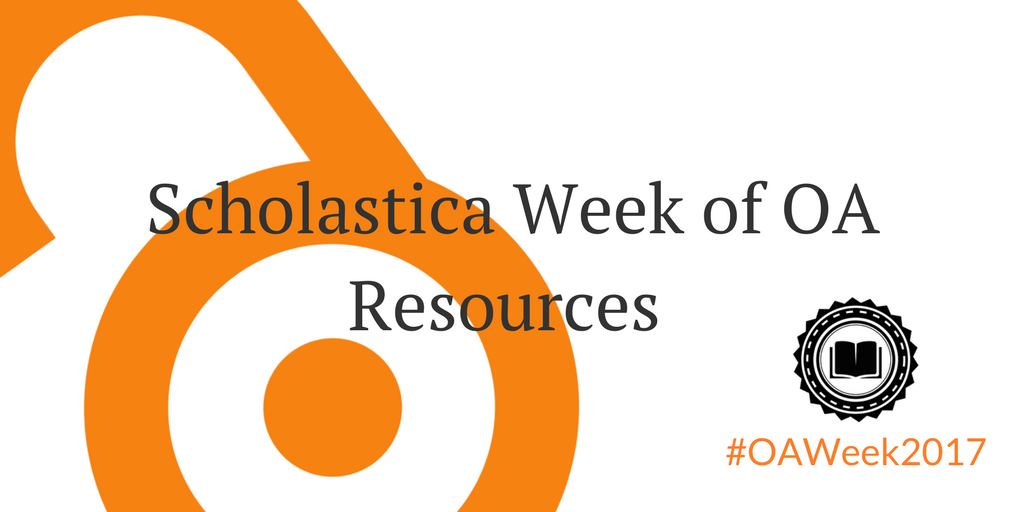 Amid the daily hubbub, we don’t always get the opportunity to have deep discussions about all of the information swirling around concerning the present and future state of OA. OA Week is a time to come together to do so, and this year’s theme,…

By way of an introduction my name’s Aimee Nixon, and I’m Head of Open Access publishing at Emerald Publishing. I’m currently leading a programme that focused on how open access work for our communities and can help to inform and drive change.

USGS Publications Warehouse is an online citation index for USGS-authored publications managed by the USGS Library that serves as the authoritative source for information and access to USGS publications. This includes official publications such as USGS-authored journal articles, series reports, book chapters, other government publications, and conference proceedings.

Each publication has its own descriptive citation page that is… 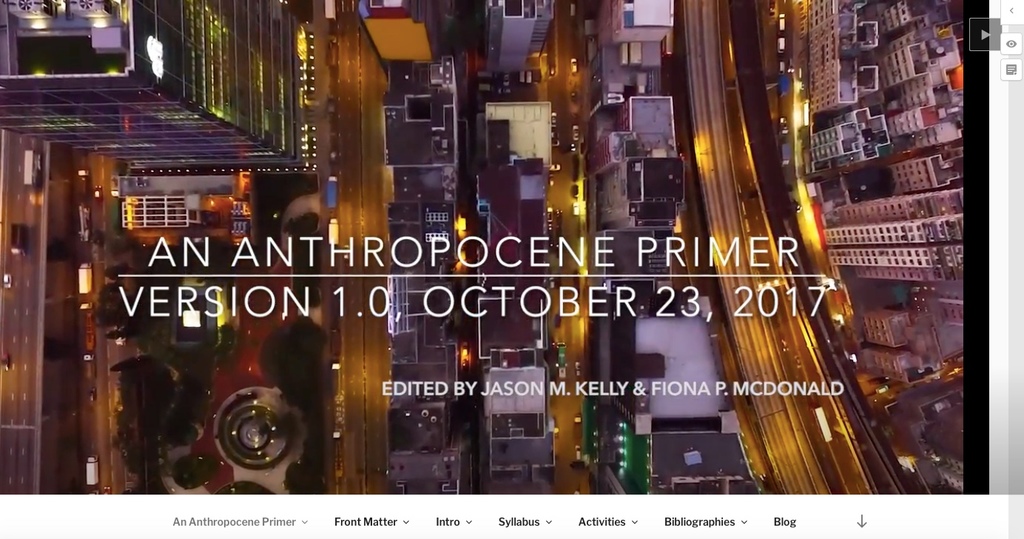 This year’s theme for International Open Access Week is “Open in order to: _________,” which is “a prompt to move beyond talking about openness in itself and focus on what openness enables.” The USGS Science Data Management Branch (in the Core Science Systems Mission Area) offers three publicly accessible tools that support the USGS’s open access effort: Metadata Wizard, ScienceBase, and USGS Science Data Catalog. 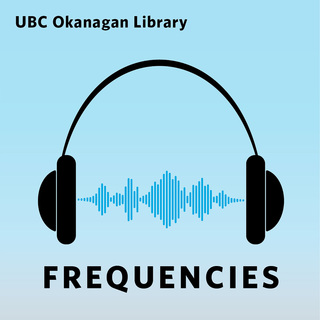 Every season of Frequencies revolves around an emerging topic or current event, with each…

The Independent Institute of Education (The IIE) supports the open access (OA) to research principle and contributes by making information in its institutional repository and its peer reviewed journal available through open access mechanisms.  The Independent Institute of Education is South Africa’s leading private higher education institution operating across 20 sites, offering more than 70 registered and accredited higher education programmes, including postgraduate and Master Degree…

We’re delighted to share the news that Peter Lang and ZBW – Leibniz Information Centre are working together to make almost 600 titles from Peter Lang's Economics program freely accessible to scholars worldwide. The titles, available internationally via a CC-BY license, come from these established series in Economics:… 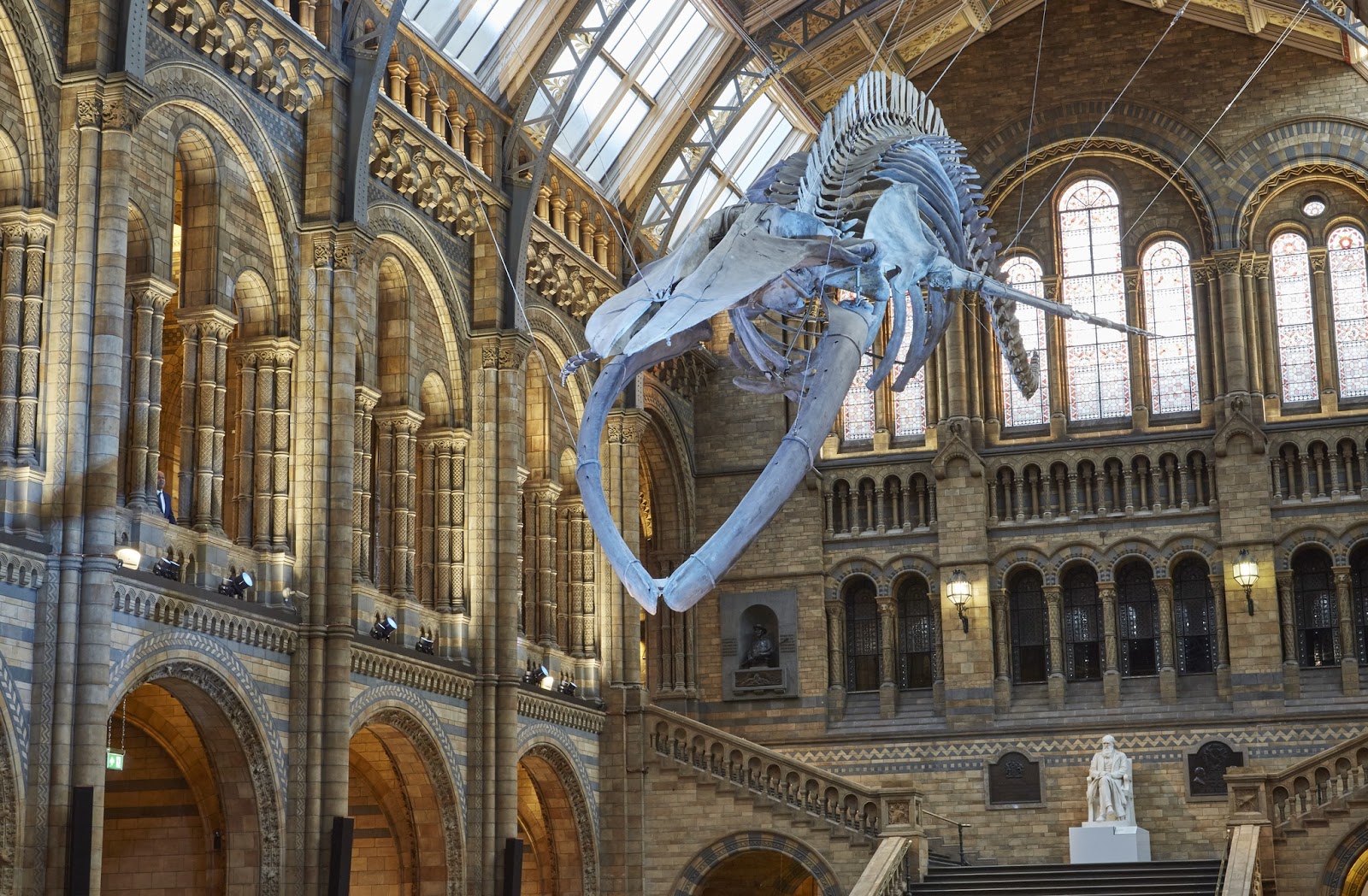 Earlier this year, the Natural History Museum signed the International Open Data Accord stating that the Museum recognises the opportunities and challenges of…

Opening Up the Coffers of Foundation Knowledge

Foundations have a lot of reasons to share knowledge. They produce knowledge themselves. They hire others to research and author works that help with internal strategy development and evaluation of internal strategies, programs, and projects. And they make grants that assist others in…

I wanted to offer a quick personal perspective on OA week. I've been involved since the very first one 10 years ago, when a team of us at PLOS (where I worked back in the day) brainstormed the logo in its distinctive color of orange largely because we could see the SF Giants stadium from our offices! I couldn't be prouder of how far the movement has come, so far indeed, that it seems more like a giant business than a grass roots effort to change the way science is communicated. I still…

The nonprofit sector has a long history of partnering with researchers and academic institutions to uncover evidence about social issues through research and reporting. In addition, evaluators measure the success of the sector’s programs and initiatives and record outcomes and lessons learned. All of this thoughtful work is meant to inspire innovation in the social space, informing the sector’s strategies and moving forward with… 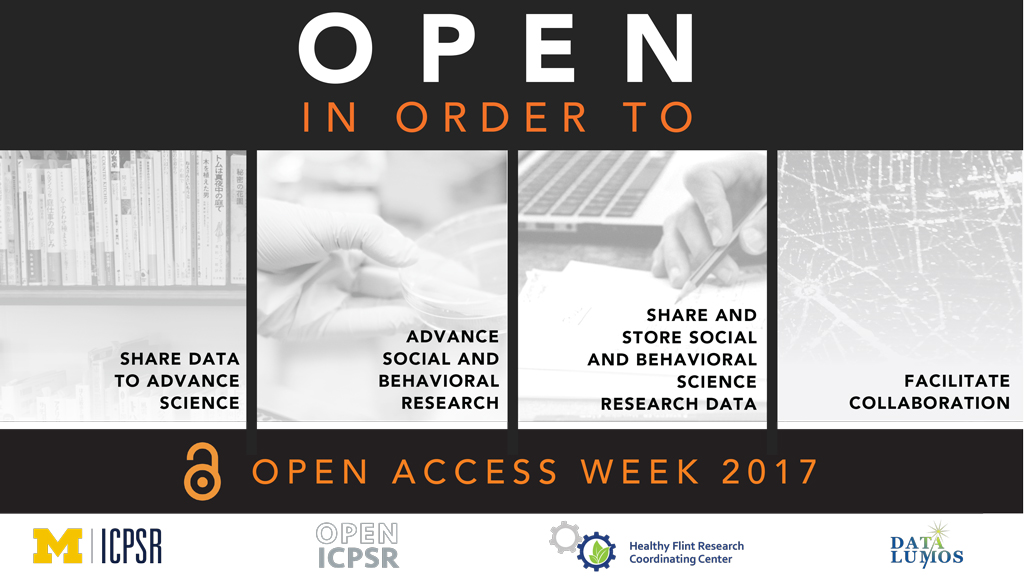 Happy #OpenAccessWeek! Did you know the vast majority of ICPSR data holdings are public-use files…

Jisc have been involved in shaping and supporting the open access movement since its early days and we know that our member institutions want to see a sustainable future for open access; but what does sustainable look like when we’re talking about sharing research?

This, the tenth year of OA Week has an open theme itself, and while there are many benefits of open access (OA) to research, we know that top of the list of drivers for higher education institutes (HEIs) is ensuring they…

IssueLab is Open in Order to…

For the 10th anniversary of International Open Access Week, the event organizers have challenged all of us open access cheerleaders to complete this sentence: “Open in order to….”

No problem! How much time do you have?

This blogpost was written by Danny Lämmerhirt, research coordinator at Open Knowledge International, and originally appeared on the OKI blog: https://blog.okfn.org/2017/10/24/understanding-the-costs-of-scholarly-publishing-why-we-need-a-public-data-infrastructure-of-publishing-costs/

In March 2016, a USGS Leaders Blog announced the Bureau’s new Public Access Plan titled Public Access to Results of Federally Funded Research at the U.S. Geological Survey: Scholarly Publications and Digital Data.  The USGS Public Access Plan builds on directives set forth by the White House in 2013, that lay out…